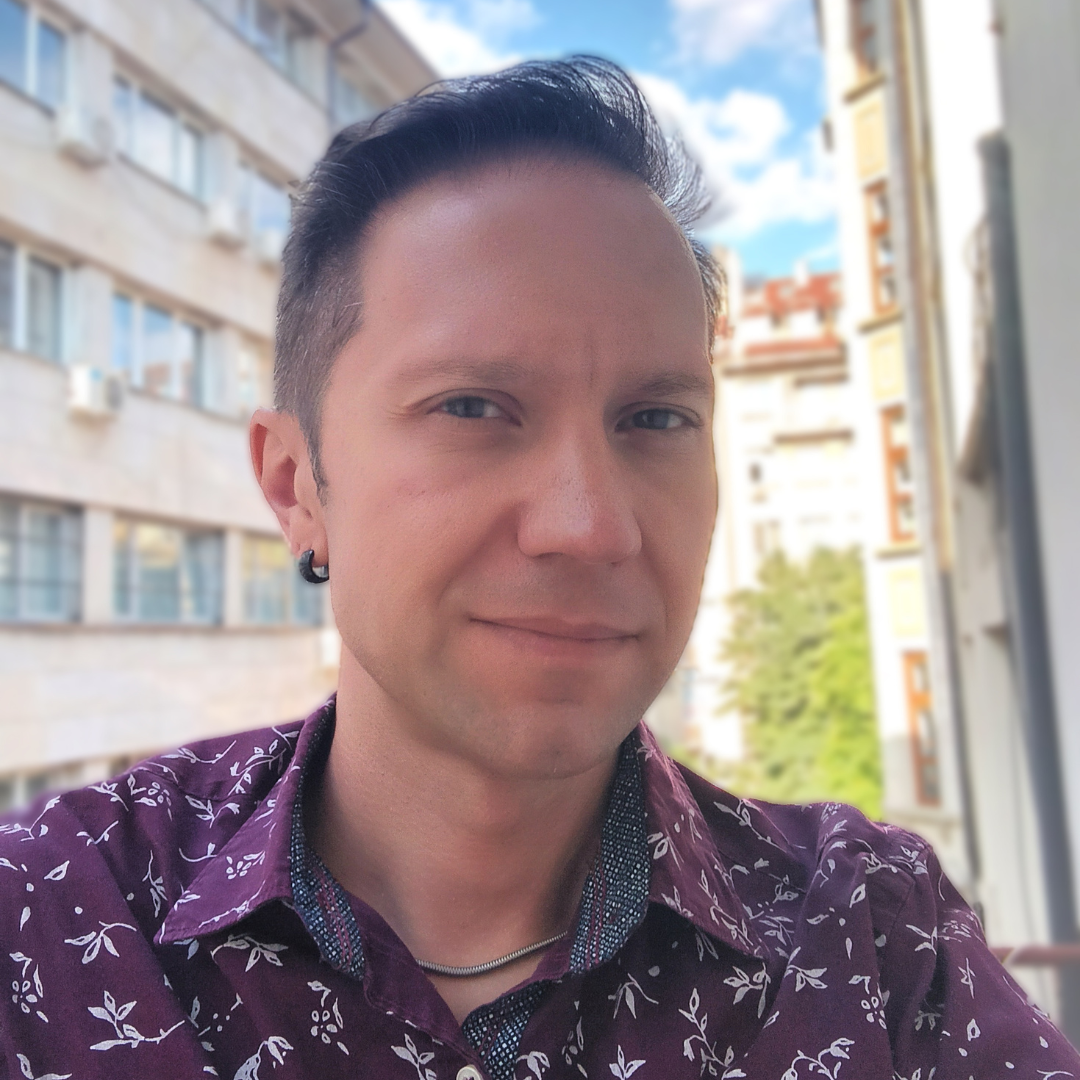 Boyan Robert Pinter – Born in Bulgaria, matured in America, enjoying himself responsibly over the world. He now splits his time between Pittsburgh, Pennsylvania and Sofia, Bulgaria. Before establishing himself in Europe, Boyan was a touring musician in the US. Besides being a college- trained guitarist, he was the de facto logistics and business manager the bands he worked with. A keen linguist, he holds Bachelor of Arts degrees in Spanish and French from University of Houston, Texas. His continuing path in the music industry eventually led him to a Masters in Arts Administration from Indiana University, Bloomington, USA.

After moving to Bulgaria in 2010, Boyan was recruited to work on Live Nation productions such as Sting, Roxette, Depeche Mode, Aerosmith, Cirque Du Soleil, Roger Waters’ The Wall, Iron Maiden, the Scorpions, Hans Zimmer, Dream Theater,  Steven Wilson, and Steve Hackett. Striking out on his own in 2017, Boyan expanded his roster by working with Sara Tavares, Morcheeba, Al Di Meola, Opeth, Katatonia, Nigel Kennedy, Laibach, flamenco wizard Edu Vico, and many others.

Boyan is the founder of SPIKE – Bulgarian Music Showcase, Bulgaria’s first conference and showcase platform designed to fulfil the needs of the growing Bulgaria music industry for both developing and established artists. The second edition will take place during May 25 – 27, 2023 in Plovdiv, Bulgaria.

As of 2022, Boyan is part of the Booking and Production team at the Green Futures field Glastonbury Festival. He is responsible for booking the first Bulgarian bands onto Glastonbury, along with bands from Poland, Sweden, and Ukraine. This year, as part of the festival’s mission to support the Ukrainian people, Boyan placed 2016 Eurovi sion Song Contest winner Jamala on Glastonbury’s Pyramid stage for a performance with the band Dakha Brakha, which was televised by the BBC and widely covered by international media.

Boyan’s management clients have performed at nearly every showcase festival around the world, have received funding for the recording of albums or shooting of music videos, and have obtained coveted US “O” visas, giving them the privilege of being able to perform (legally) in the US.

Having completed his education in Law, Boyan is looking to qualify as a solicitor to specialize in the fields of Entertainment, Media, Intellectual Property, and Sport.