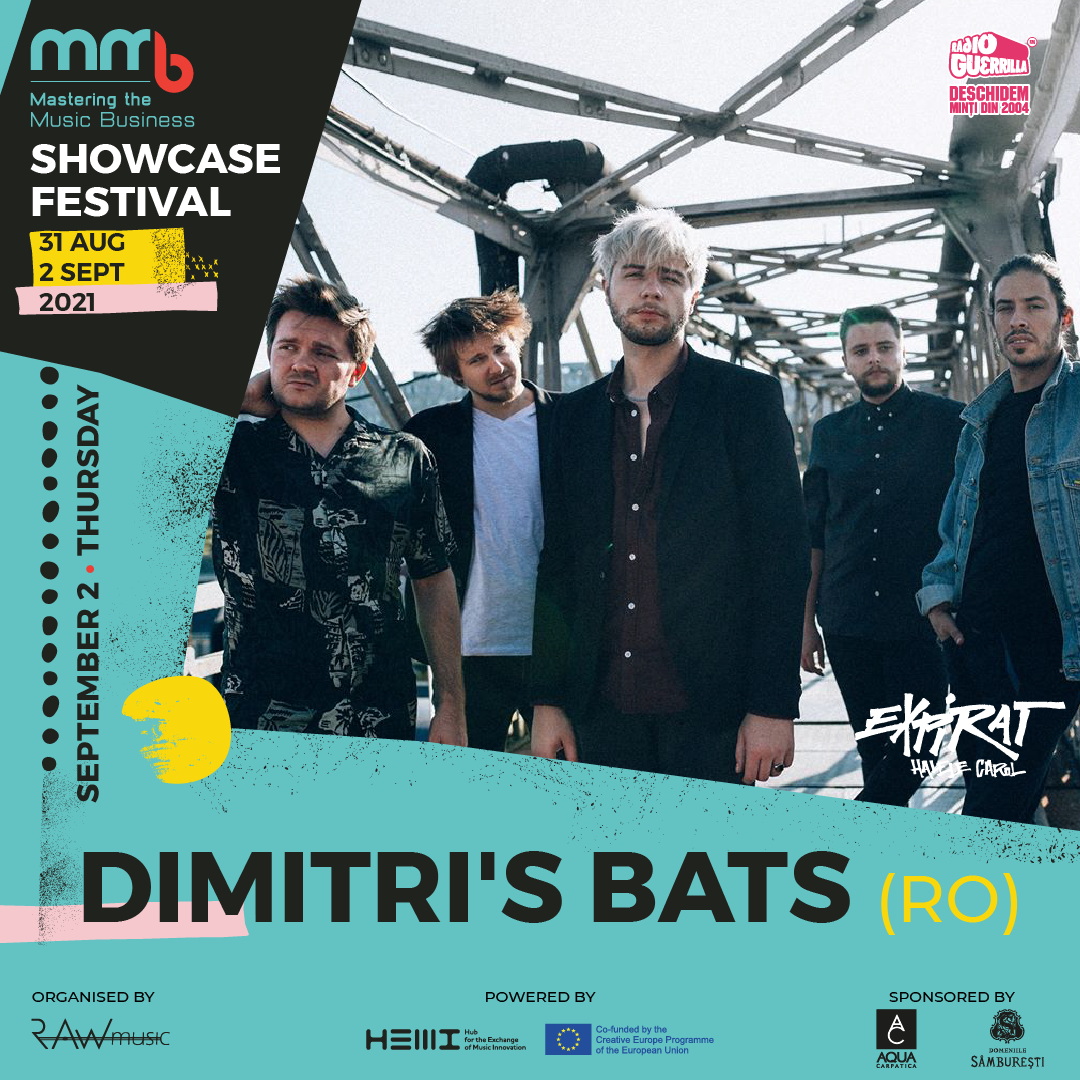 Dimitri’s Bats started in 2017 and their music, a blend of eclectic sounds touched by dark undertones, will make you want to dance from the first listening. A fresh sight in the Romanian indie/alternative scene, Dimitri’s Bats are constantly blurring the lines between dancefloor beats and alternative riffs. Their sound is peppered with varied influences such as Anderson .Paak, Jacob Collier, alt-J or Tyler the Creator.

Until now, they released a debut EP in 2018, “Mess“, with its lead single “Cold” being in Top 10 Romanian Songs of 2017 according to national station Radio Guerrilla. More music is currently on the way.