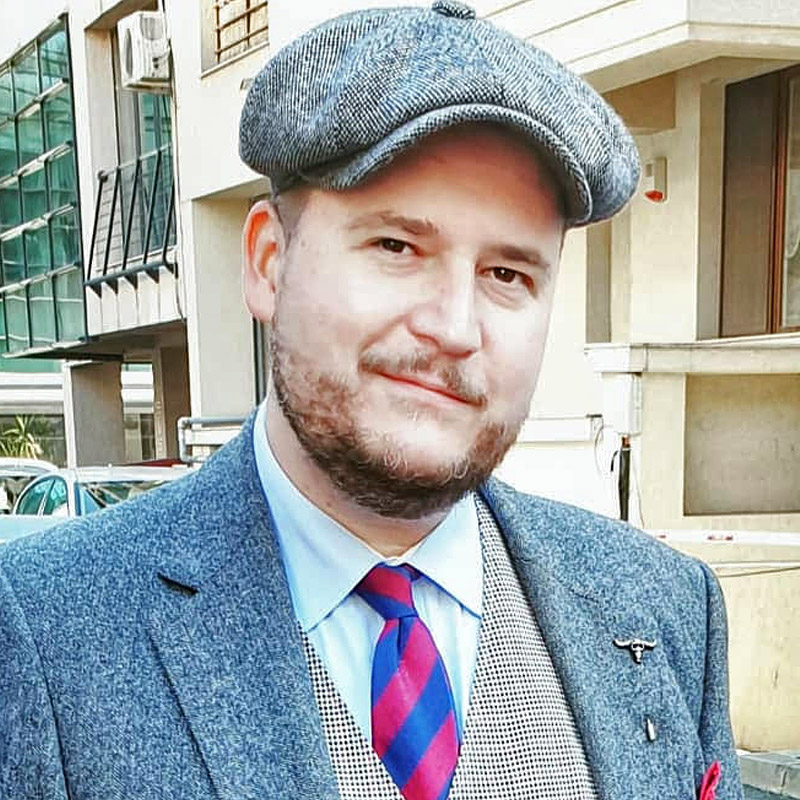 Dragos entered the music industry as a journalist, while in college, and shortly after started putting out records, promoting and booking shows for an independent hip-hop label, set up together with his friends. In early 2006, he joined Emagic, one of Romania’s leading concert promoters, moving through departments and learning the tips &amp; tricks of the trade. Since 2013, Dragos has dealt mainly with booking for Emagic’s events (the list of the shows he was involved with includes Red Hot Chili Peppers, Depeche Mode, Metallica, Queen & Adam Lambert, Roger Waters, Manu Chao, Sting, Shakira), and in the recent years has also been booking for Awake, Emagic’s music & arts boutique festival.

In late 2015, Dragos joined B.U.G. Mafia’s management team, alongside Vlad Irimia (Tata Vlad). With an online community that enrolls over 1.47 mil. subscribers on YouTube (and more than 1 billion views) and close to 1.4 mil. Facebook followers, B.U.G. Mafia is widely regarded as one of Romania’s most influential acts, both musically and socially, standing out within the country’s music industry as a unique musical brand. Enjoying a broad and very loyal audience, the group’s releases are regular chart-toppers, getting heavy rotation airplay, tens of millions of views on YouTube, and becoming true live-concert anthems for the fans. In 2017 and 2019, B.U.G. Mafia has staged and promoted the group’s own one-day urban festival, “Romania, Make Noise!”, an impressive audio-video show production.