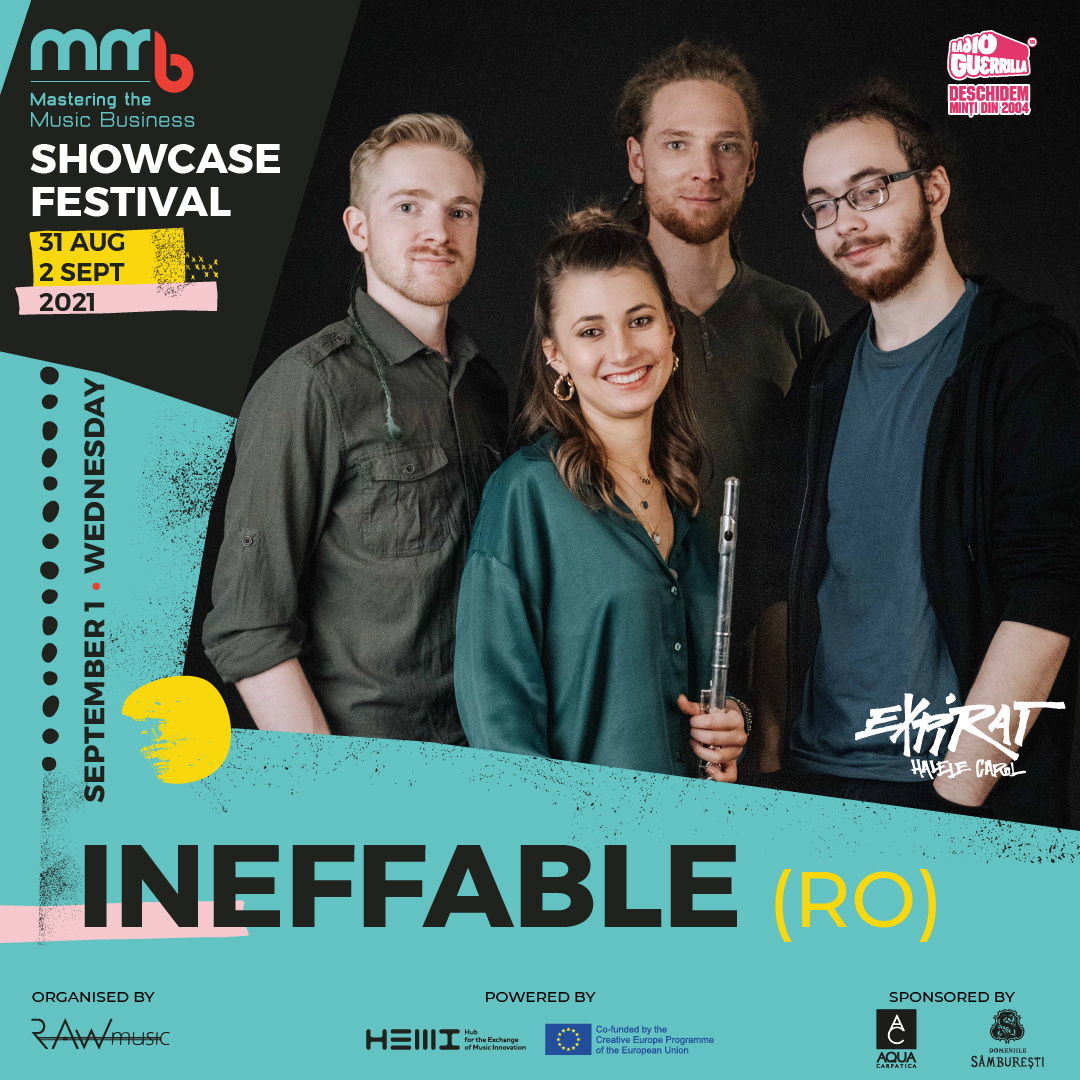 Ineffable is a fusion jazz quartet formed in Miercurea Ciuc, Transylvania, in 2016. Their fame quickly grew in local circles, and by 2018 they had played a radio concert, a tour of Bucharest jazz venues and won an award at the prestigious Jazz In the Park festival in Cluj.

2019 saw the release of their debut album “Neon”, while the following year has Ineffable performing repeatedly in Budapest. COVID-19 forced them to cancel their touring plans for 2021, but that didn’t stop them from releasing the second studio album, “New Dimension”, in May.