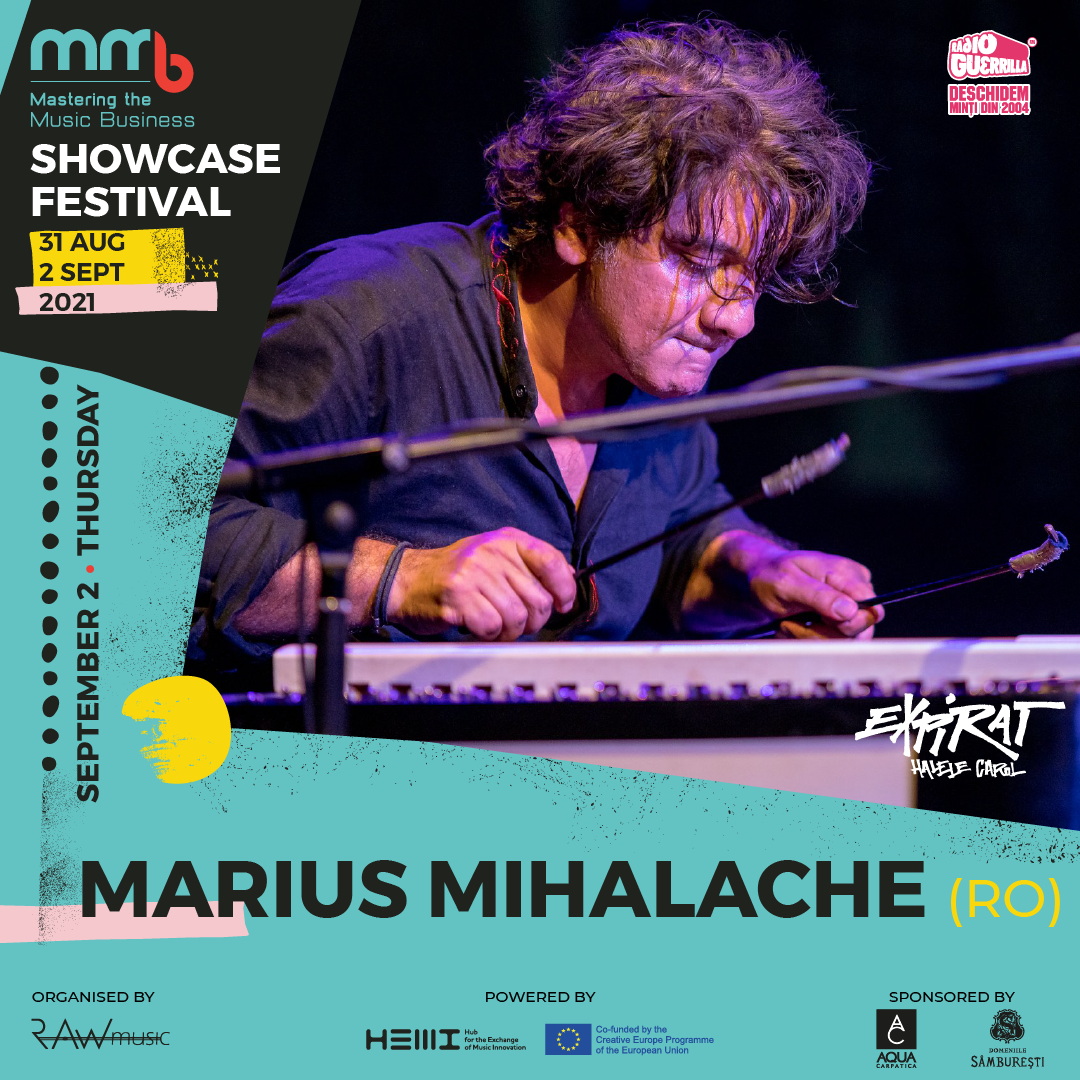 Marius Mihalache is the best known Romanian dulcimer player. Born in Bucharest, in a family of musicians, he first started playing the dulcimer at the age of 4, encouraged by his father. At the age of 10 he won his first music prize in Athens, Greece. Winner of numerous awards for interpretive virtuosity since childhood, at 17 he plays Rachmaninoff, Chopin, Schumann, Schubert and Mozart on the dulcimer, raising thunderous applause in Scala di Milano.

The most important moment of his life as an artist, however, is meeting the renowned American artist Chick Corea, who will later on mentor him and give him opening slots on some of his concerts. His debut album released in 1998, “Eclipse”, contains 9 original adaptations from Romanian folklore, with influences of classical music, pop and jazz, and marked the beginning of a prolific career.

In November 2017 he launches the project “Săftiță” (meaning “a good start” in Romanian). It tells his life story highlighting his Gypsy affiliation and all that it brought to building his cultural and musical background.