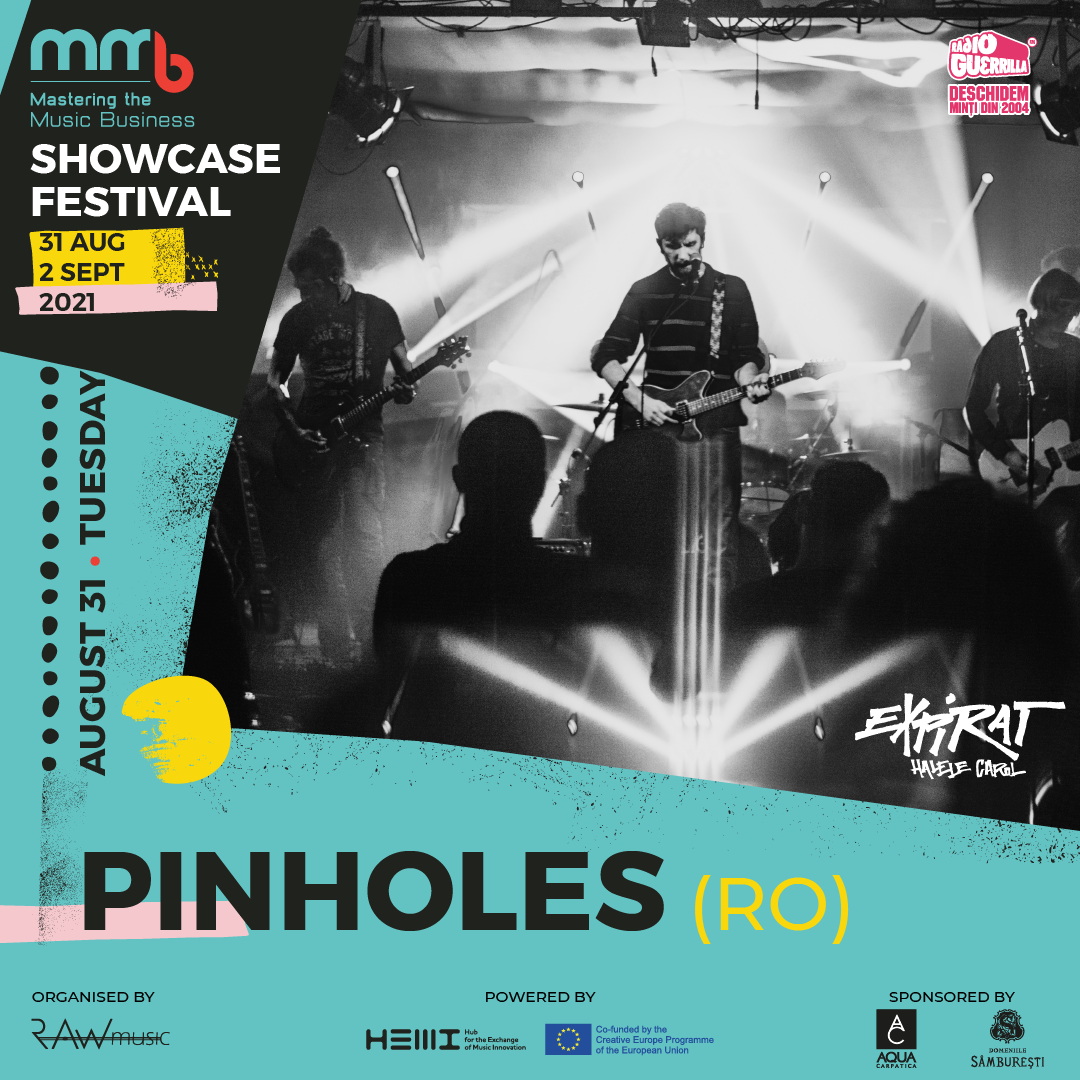 PINHOLES is an alternative rock band from Romania, considered a talented emerging group in the new wave of Romanian underground rock. The band’s name is inspired by the hedgehog’s dilemma, a metaphor about the challenges of human intimacy. Pinholes started in 2011 and the debut album Zmei (trans. Kites) appeared in 2013, with singles like Avem un Loc and Poza quickly catching up followers in the Romanian radio circuit. By the end of the year, the band’s potential was fully recognized.

Although, often their music is considered melancholic and stubbornly sad, Pinholes have created a fan base attracted to this melodramatic genre of alternative rock, with strong post-rock and post-metal undertones.