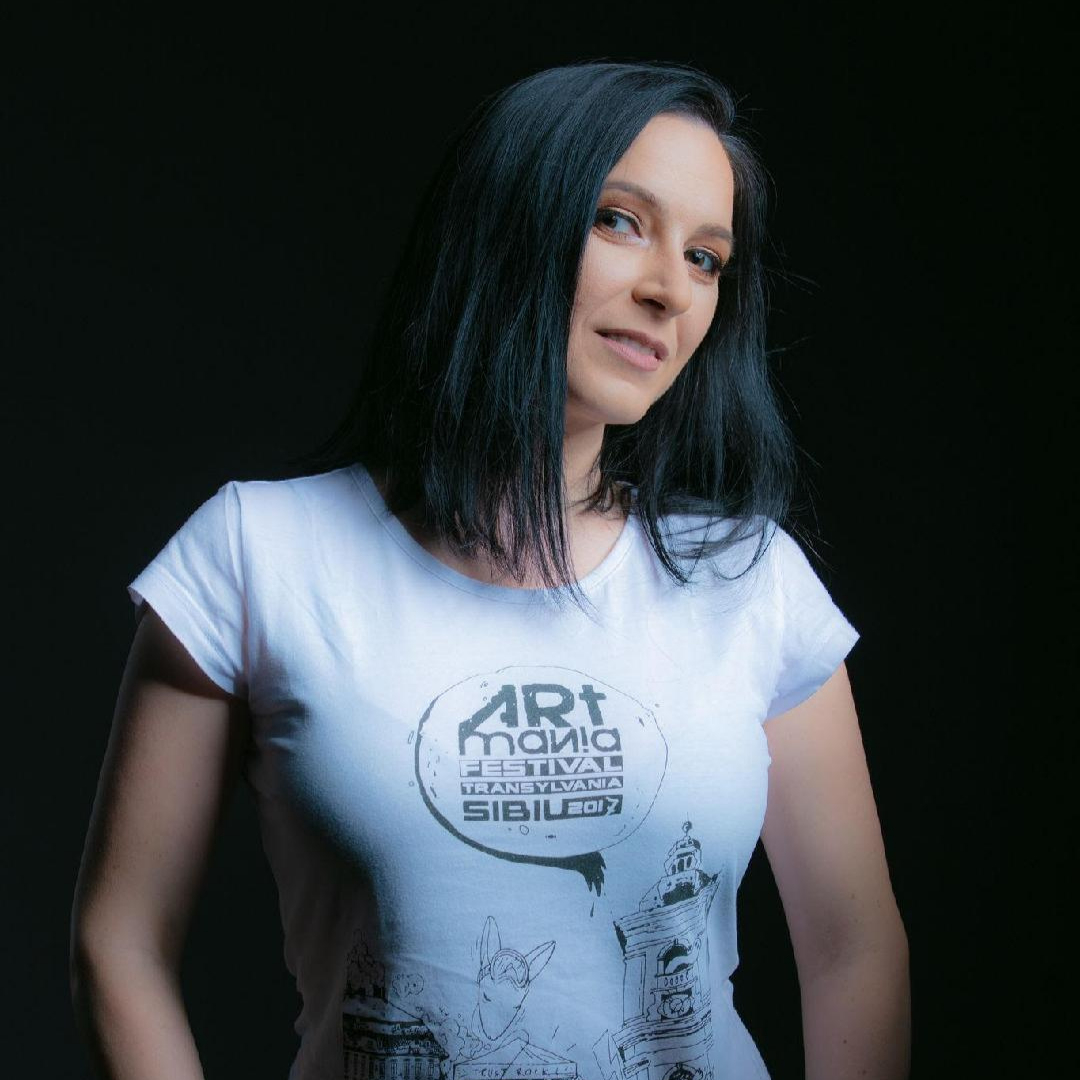 Codruța Vulcu is the Director and Founder of the ARTmania Festival, one of Romania’s most established events with its 15th edition taking place this year, promoting mainly rock & metal acts. She is also the founder of Blaj aLive Festival, launched in 2013, with a focus on alternative & world music, and of Romanian Music Export. In 2017, Codruta and her team launched the East European Music Conference & Showcase Festival to start a healthy debate between the Romanian music private sector, international experts and state authorities.

Codruța Vulcu is also AROC President (the Romanian Association of Promoters of Concerts and Cultural Events), having a seventeen-year long career in the artistic sector and a rich event portfolio which includes organizing, from a logistic and operational point of view, the official ceremonies held in 2019 by His Holiness Pope Francis on the Field of Liberty, in Blaj, Romania.

In 2020, Codruța Vulcu received the „The Award for Excellence and Passion”, at the European Festival Awards (EFA), while in 2019 she received the trophy of the „Best Small Festival” category for ARTmania Festival.

Codruța was raised in the spirit of art having a bachelor degree in Art Photography and a master degree in Art History, from the National University of Arts in Bucharest. During the studies (2000 – 2005) she exhibited her artistic works in personal exhibitions at the National Museum of Contemporary Art, Bucharest as well as in the Kiasma Museum of Contemporary Art, Helsinki. In this period, she was also a press correspondent for various Romanian publications covering some of the biggest European festivals.