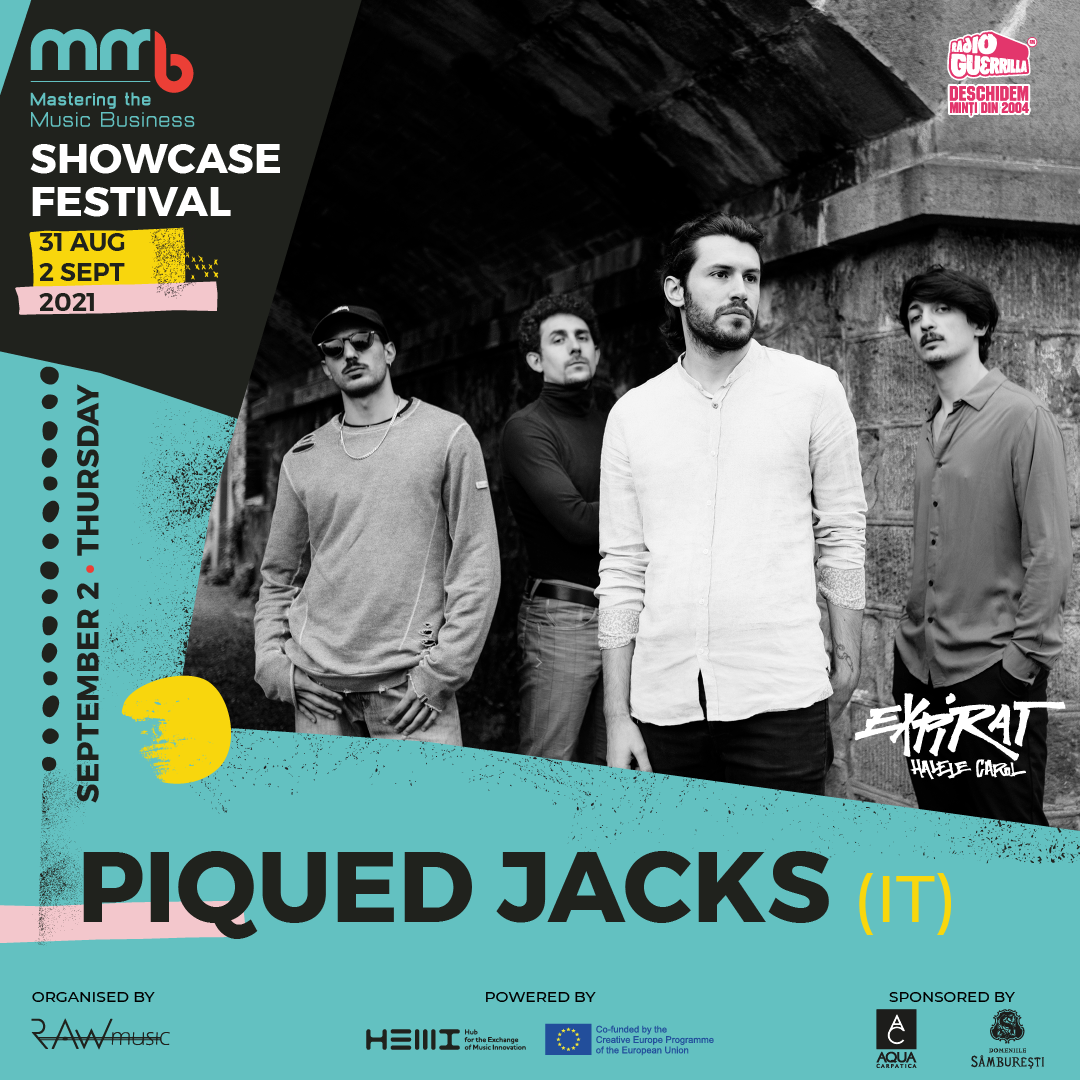 Piqued Jacks are pure energy. Thanks to riveting concerts and an internationally appealing alt/funk-rock, this band from Italy’s region Tuscany have carved out a place for themselves in the indie panorama between Italy, UK, USA and Canada. In their teens, they broke and bent an audio jack; the double meaning was easy to see for the four young boys. “Piqued” means “interested”, but also stands for the excitement and spontaneity of their unique sound that comes straight from the gut.

The new album “Synchronizer” (INRI, March 2021), produced by Julian Emery (Nothing But Thieves), Brett Shaw (Florence + The Machine) and Dan Weller (Enter Shikari), confirms itself as the most complete, varied and incisive Piqued Jacks album to date. For the record’s release party the band did something never seen before, parachuting from a 11200ft altitude and playing the full tracklist live on the landing strip. The first singles, “Every Day Special”, “Golden Mine”, “Elephant”, “Mysterious Equations” and “Fire Brigade” with airplay on Kerrang! Radio, BBC Radio, MTV, Rai Radio and La Repubblica launched the band on the trajectory of major stages in 2021: CMW (Toronto), Musexpo (Los Angeles) and MMB (Bucharest).

Formed in 2006 in Buggiano (Italy), Piqued Jacks wanted to be the next Red Hot Chili Peppers. Today, their influences include Biffy Clyro, The Killers, Nothing But Thieves.