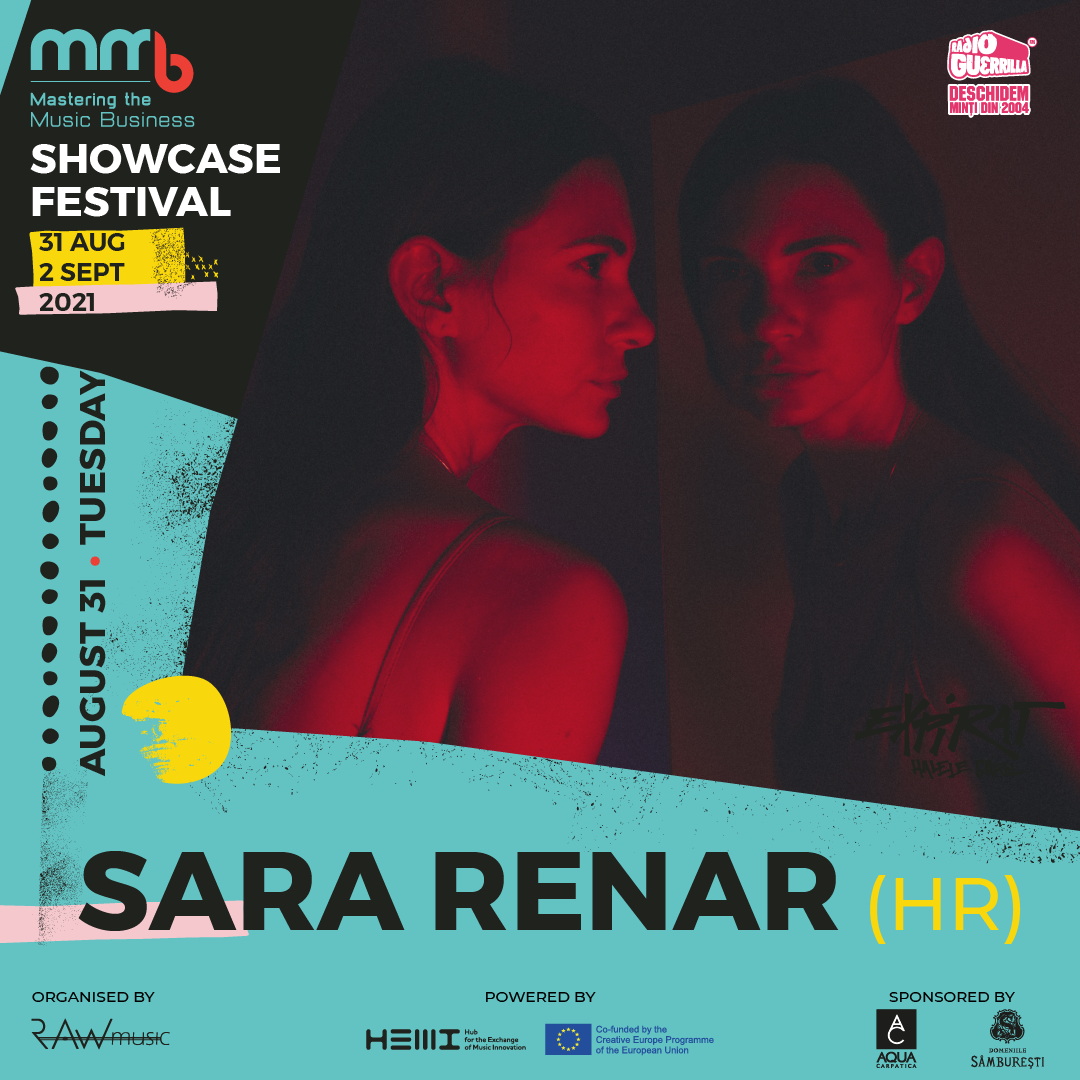 Sara Renar is a recording and performing artist from Zagreb, Croatia and praised as one of the best and bravest Balkan new generation singers – songwriters. Her music style can be  described as experimental/indie/pop mixing subtle melodies with electronic and theatrical elements. A former architect with a Master’s degree, she has left her office job to pursue a full time career in music. Performing in her mother Croatian tongue, she has won multiple regional awards for her music and live performances including the IMPALA European indie album of the year nomination.

Renar has played over 250 gigs in the last five years including major regional venues such as MENT festival, SuperUho festival, Exit festival, Špancirfest, Lake fest, Mixer festival and Pula film festival and has performed as the opening act for Manu Chao, Macy Gray and Rundek Cargo Trio. She has released five albums: “Djeca” (“Children”), “Jesen” (“Autumn”),“Tišina” (“Silence”) and the live album “Gdje povlačiš crtu?” (“Where do you draw the line?”). Her fifth album “Šuti i pjevaj” (“Shut up and sing”), symbolically released March 8th 2021 is critically acclaimed as her best and bravest album so far.

Despite the challenging pandemic times, Renar is currently promoting her latest studio album “Šuti i pjevaj” (Shut up and sing) in carefully selected venues to bring out the most of the audio – visual experience.