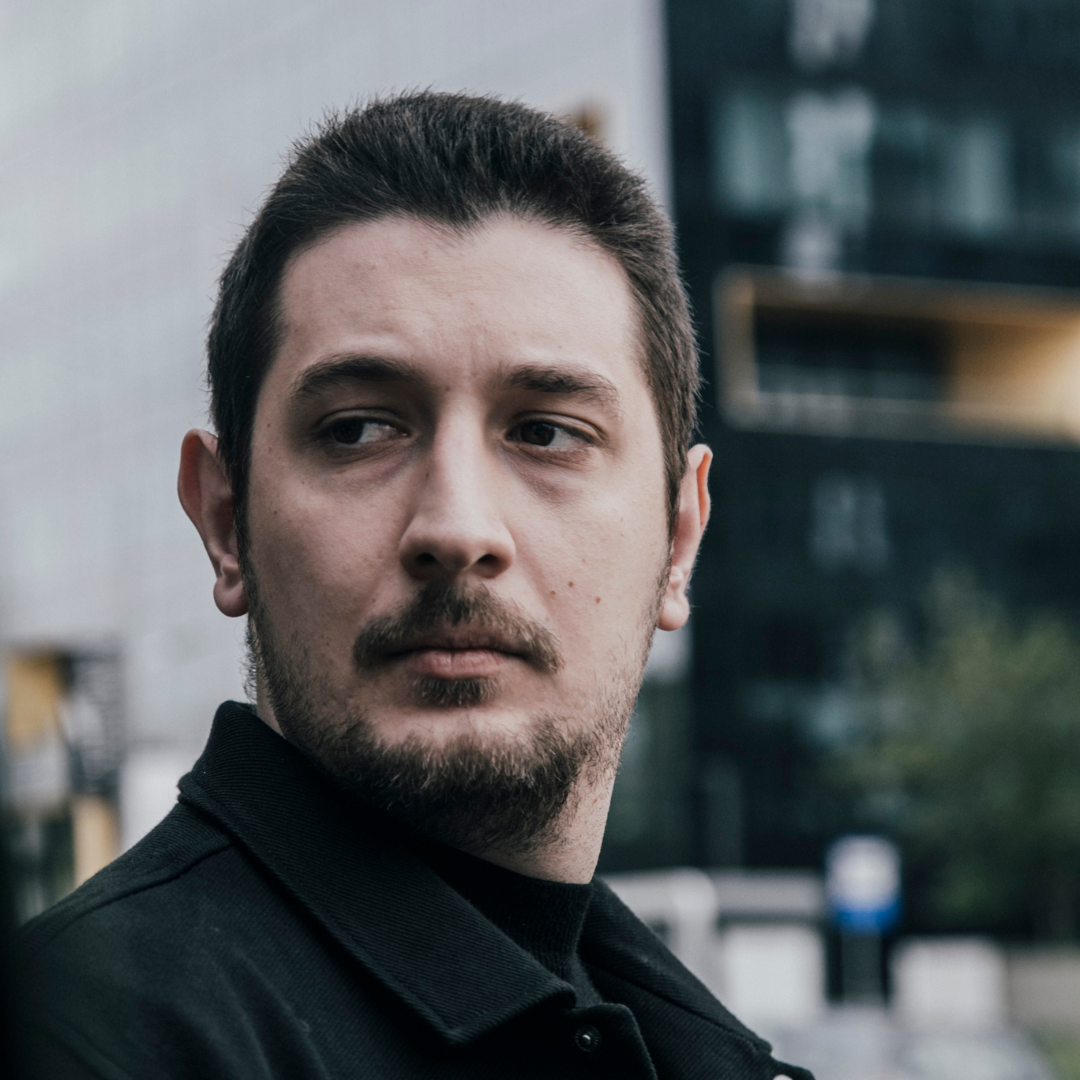 The band released three full-length albums between 2017 and 2022, went on tour in Europe, performed at a variety of festivals, from metal festivals to Electric Castle, (Europe’s Best Medium-Sized Festival, 2019) where they performed in 2017, 2019, and 2021. In 2019, AFLMȘMP performed in front of an audience of almost 1000 at dunk!festival, the landmark post-rock festival of the world. Their performance was received excellently by an audience of dedicated post-rock and instrumental music fans.

The band opened for and shared the stage with artists the likes of God is an Astronaut, The Ocean, Katatonia, Leprous, Tesseract, and Tides from Nebula. They were invited to perform at the 2020 edition of Post. Festival in Indianapolis, US, which was postponed because of the outbreak of Covid-19.

Stere is a UCL Philosophy graduate. He wrote his dissertation on the Kantian sublime in instrumental music, with the guidance of Dr. Yuuki Ohta, a philosopher and researcher who teaches at Oxford and UCL. Dr. Ohta described Stere’s task of making sense of the sublime in instrumental music (i.e. music with no representational content) as „showing a solid grasp of the core elements of Kant’s aesthetics, making some very surprising claims, proposing significant revision to Kant’s views, thereby showing much originality and independence of thought.”

Stere has worked on the official soundtrack of Death and the Knight, a 34-minute short film starring Ana Ularu (Inferno), Ralph Ineson (The Northman), and Ana Udroiu (The Nun). The film won Best Short Animated Film at the 2021 Gopo Awards. He is also a founding member of :umbra, an alternative rock band from Bucharest, which has recently had a song featured in an HBO original production Bani Negri (pentru zile albe).

Stere also graduated from a European Studies MA programme at King’s College London and works full-time as a copywriter at a marketing agency in Bucharest.