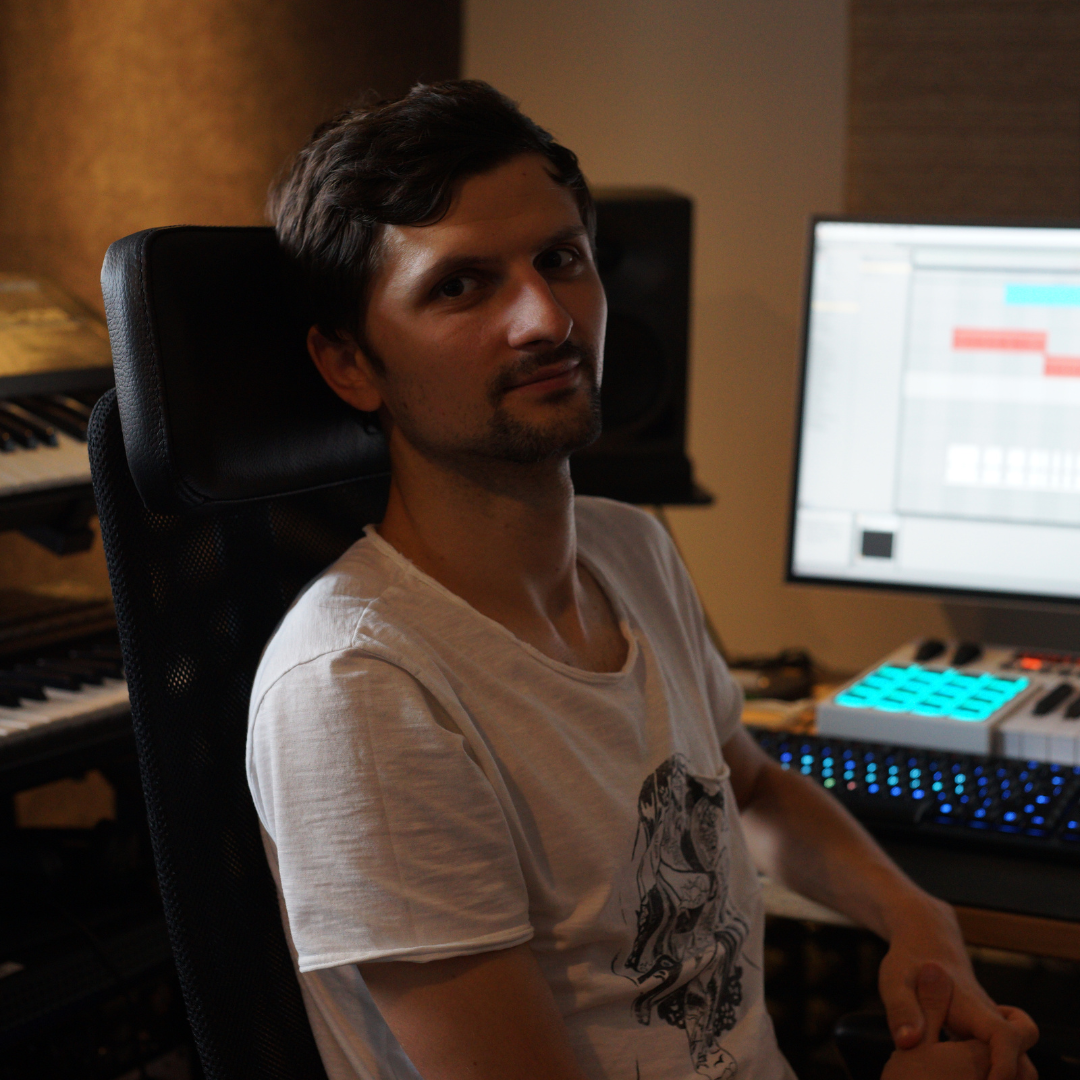 In 2015 as part of the duo Yoon he released an EP at UK based Junkdog Records, founded by Faithless members, as well as playing as opening act for Apparat and Armin van Buuren.

For the last 8 years Victor has been immersed in making audio for games, both as a sound designer and a composer, working more than 80 games for Casino Developers, across a wide range of styles and formats.

His background includes studying Sound Engineering at Alchemea College in London, then a Master in Audio-Video Production at Politechnics University, Bucharest.

Moving even further along the indie route, in 2021 he co-founded Underdog Station, a 24/7 online platform streaming only videos from indie musicians.