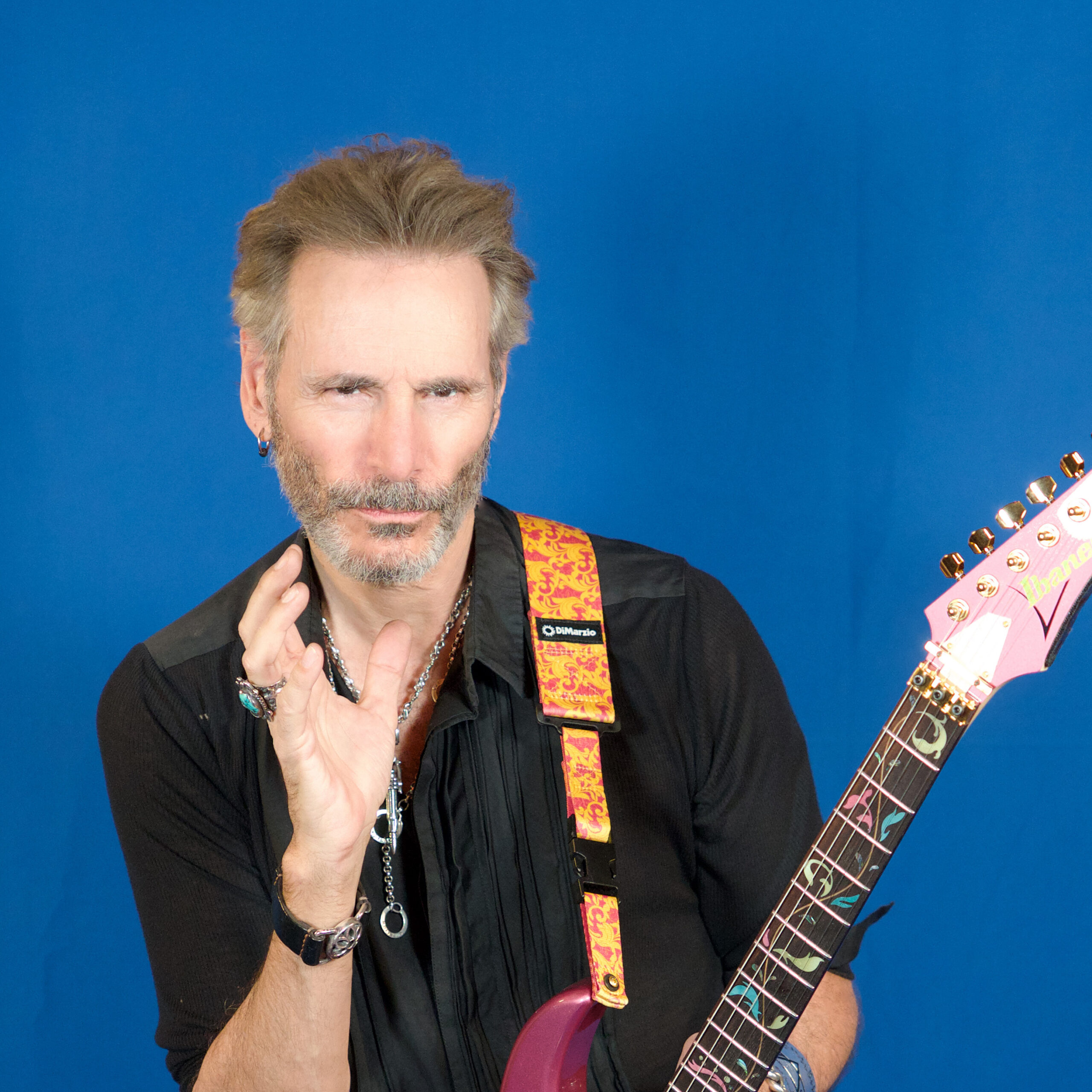 While many musicians fit easily into a single category, Steve Vai’s unique musical vision remains unclassifiable. After more than 30 years, Vai continues to use unbridled guitar virtuosity and soulful artistry to explore the spectrum of human emotion.

A virtuoso guitarist, visionary composer, and consummate producer who sculpts musical sound with infinite creativity and technical mastery, Steve Vai has awed fans of all genres with his exceptional guitar skills and musicianship for decades.

Vai has toured the world as a solo artist, as a member of G3, and with Frank Zappa, David Lee Roth (just after Roth left Van Halen), Alcatrazz, and Whitesnake—at the peak of its popularity. Vai’s full discography encompasses more than 60 albums, including many with Zappa, others from stints with Roth and Whitesnake, as well as live releases, collaborations, compilations, and orchestral works.

Vai’s signature instruments include the Ibanez JEM guitar, which he designed in 1985 with first-of-its- kind features including the floating tremolo and the monkey grip. The JEM is now one of the longest running, most successful signature series guitars in history, and for over a decade its sister model—the RG—is second in worldwide sales only to the Fender Stratocaster. Also for Ibanez, Vai designed “The Universe,” the first commercial 7-string electric guitar. This instrument inspired a revolutionary metal subculture that started in the mid ’90s. Among his many other innovative collaborations with equipment manufacturers, he designed the Steve Vai Legacy V3 series of all-tube amplifiers with Carvin Corporation.

Vai is a three times Grammy award winner and has 12 Grammy nominations along with a long list of awards for best guitarist from various magazines and organizations.