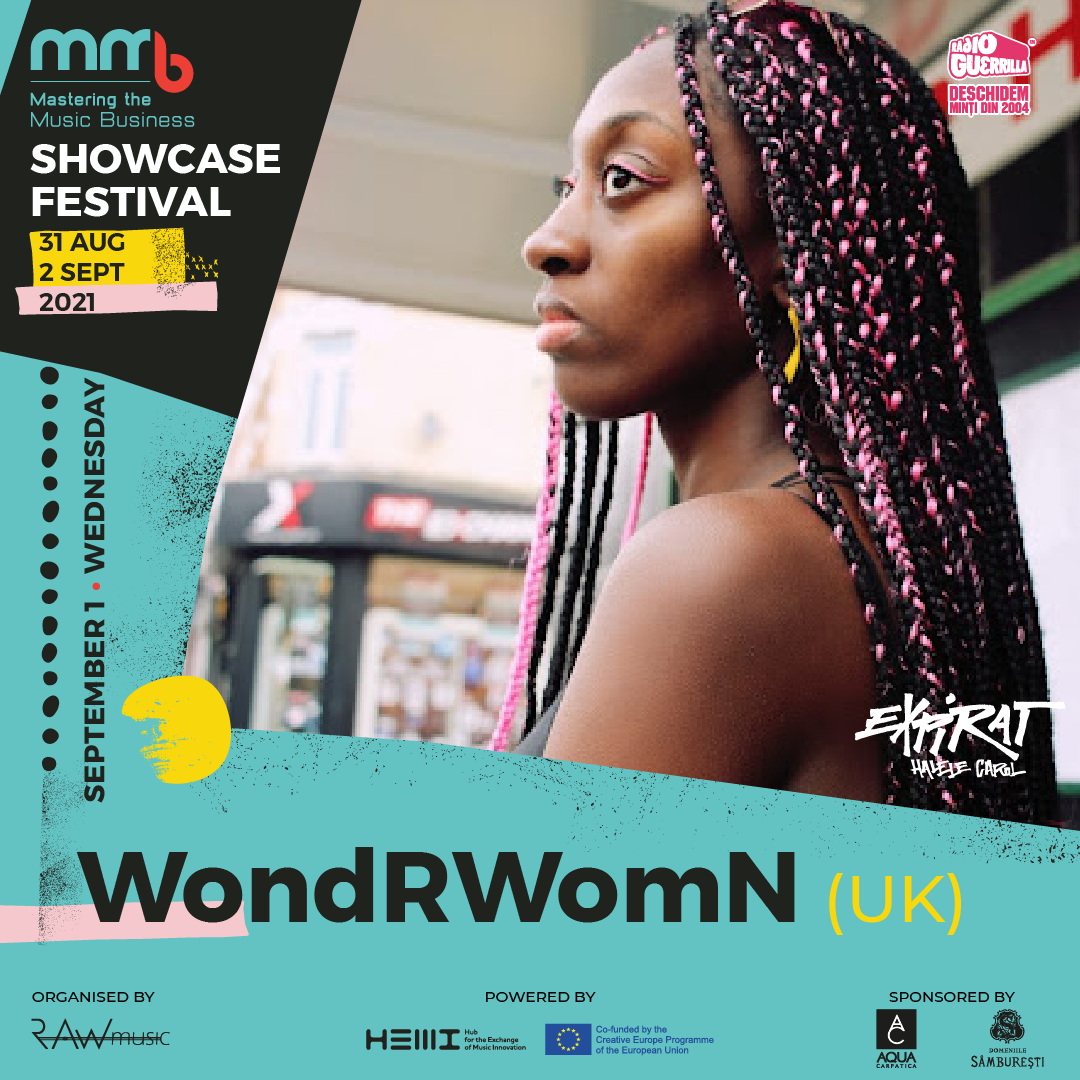 WondRWomN is a 90s baby who grew up heavily influenced by the boom bap-battle rap era, inspired by the underground scene and mainstream, a dichotomy which personifies WondRWomN’s unique style, that she coins as ‘Grit Pop’, with reference to her love for the Cool Britannia movement.

Her first release ’The Girl Next Door, that raps’ featured her anthem ‘WondRWomN WHAT!’ and classic ‘Money’s Not Real’. Based in Tottenham, she built a strong following in the UK hip-hop scene and a burgeoning fanbase internationally, not least in Spain and Portugal, where in 2018 she supported Andalusian Hip-hop legends SFDK.

WondRWomN is a regular at Sofar Sounds and has been featured on BBC Introducing (2021).