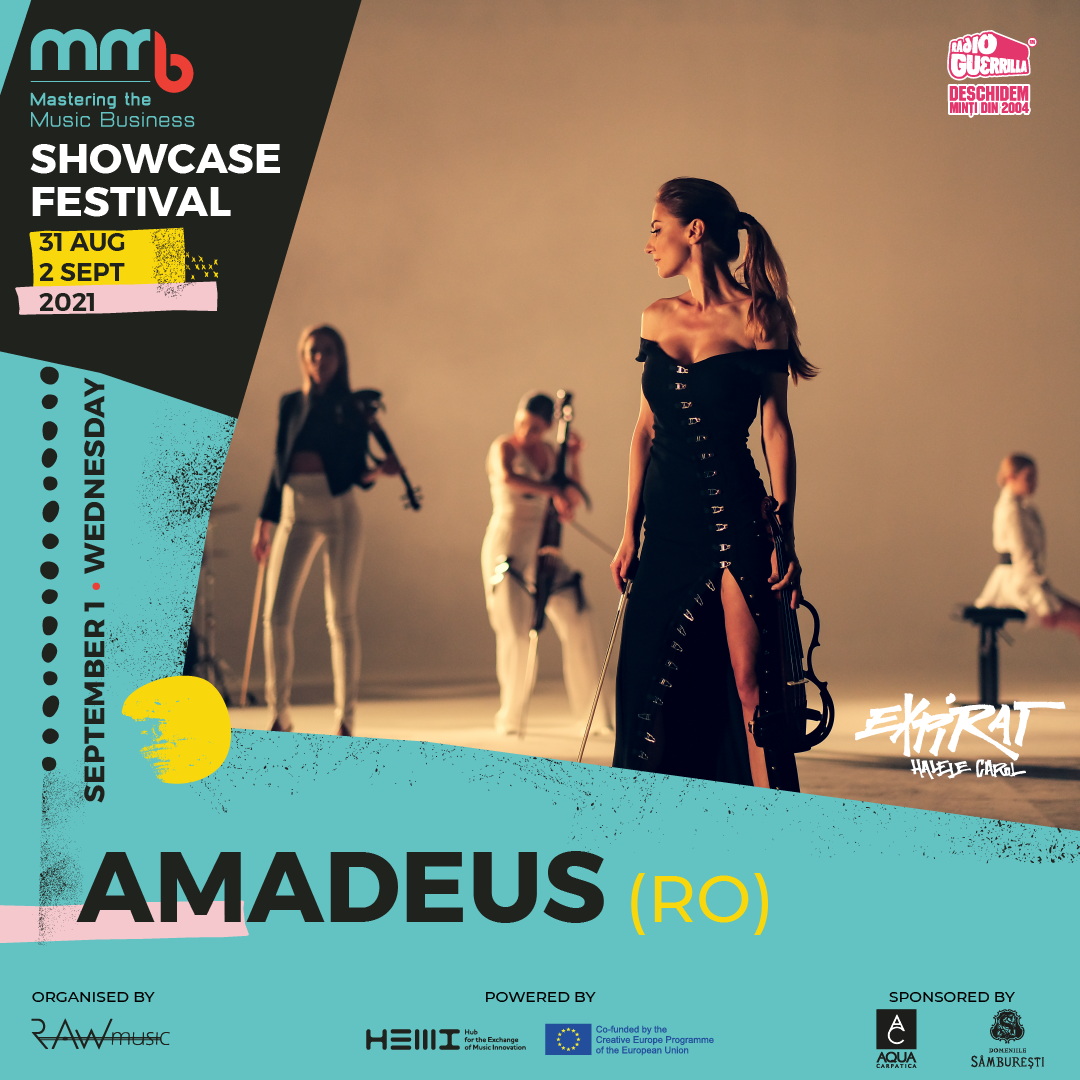 Amadeus is one of the most appreciated all female electric quartets worldwide. Their constant and ingenious combining of classical and modern elements has certified this group as one of the most popular artists in the realm of classical crossover music. Back in 2000, they, along with the Bond Quartet, were the first in the world to use an all electric instrument array in order to achieve the perfect blend of classical and modern, thus actually creating a new musical style. They released five record albums with a major label in Romania.

All four artists – Andreea Runceanu (violin/vocal), Bianca Gavrilescu (violin/backing vocal), Patricia Cimpoiasu (cello/backing vocal) and Laura Lazarescu (piano/vocal) – are professional musicians, instrumentalists and also singers. They graduates of the National University of Music in Bucharest, Romania, with great achievements in classical music performing. Amadeus has been performing on stage, as a group, for 18 years. Their mission has always been bringing the youth close to classical music, inspiring them to start learning how to play an instrument. In all these years, Amadeus never stopped bringing people of all backgrounds closer to the joys and wonders of classical music.

Amadeus has played on four continents so far. Their music is greatly appreciated both in Europe, where France, Spain, Italy, and the U.K. are usual stops for the group, as well as in South America or Asia, where they have been repeatedly invited to perform with great public success.