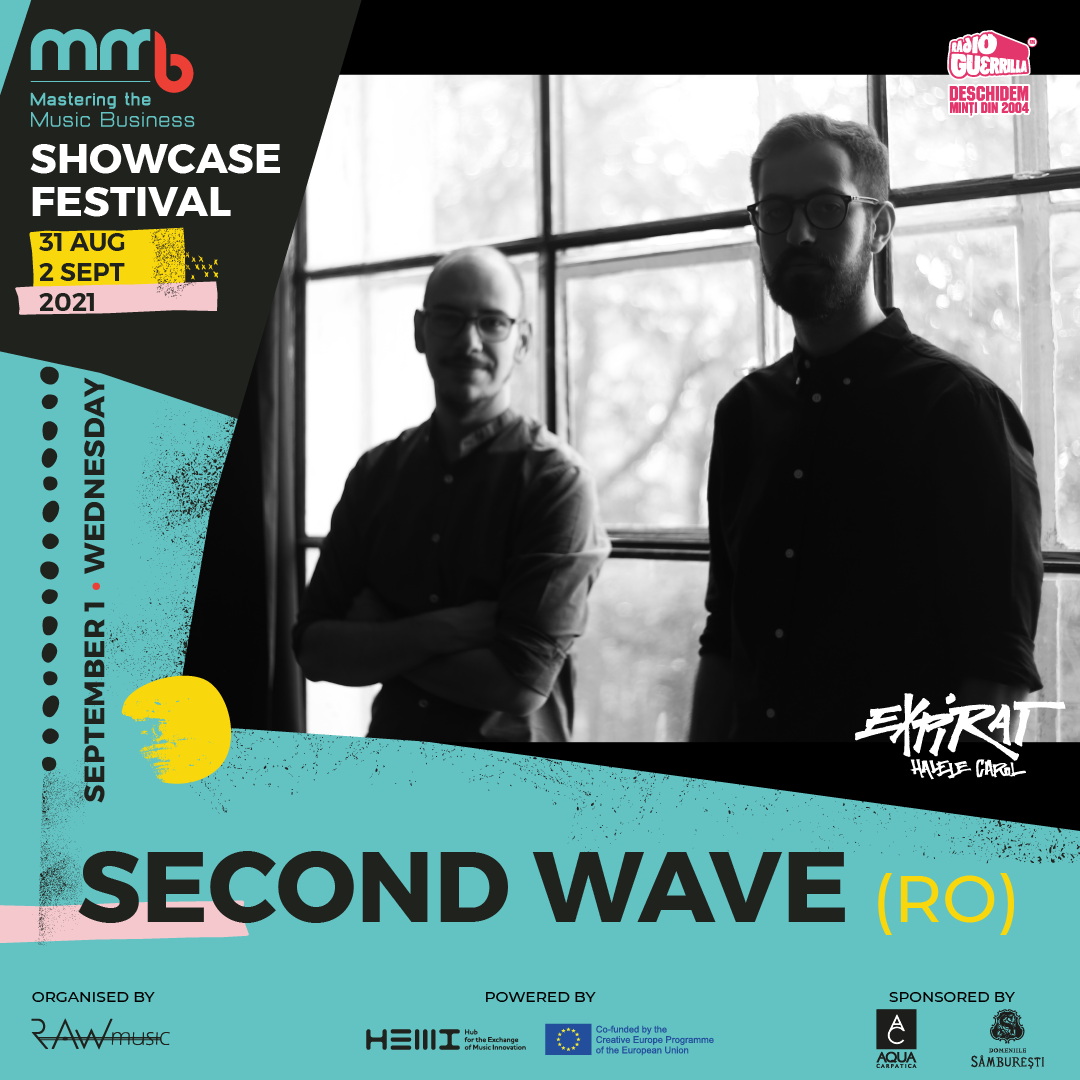 Second Wave is a dark alternative rock duo, having post-rock, ambient and shoegaze influences. Originating from Bucharest, it consists of Daniel Antohi on vocals & guitar and Radu Dorobantu on the drums. They made their debut in late 2016, since then releasing multiple singles that were played on local alternative radio stations and „Every Quiet Ocean”, their debut 4 track EP.

With dreamy textures, straight-forward drumbeats and heavy use of sound altering effects, they manage to fill the stage with their sound, although being just a two-piece band.